Hand signals are an essential part of our communication and decision-making system, especially for important decisions that affect many people.

Think about it. If 25 people are sitting in a big circle, and one person wants to find out how the others feel about a proposal, what’s fastest? Asking everyone to speak up? Asking everyone to write on sticky-notes or fill in a survey? Those ways are fine if you want details. But if you just want a quick temperature check, or test for agreement, then hand signals are superior! Because it takes just 10 seconds for everyone to hold up a hand signal and see what everyone else thinks.

Discussion signals aren’t needed for small group discussions (like six or less), but they are REALLY useful when we have 25 people sitting in a circle arguing about a pending decision or new idea! 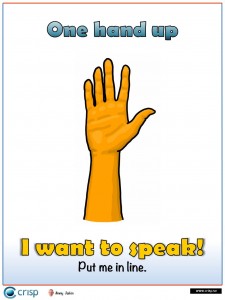 If you have something to say, and someone else is already speaking, and others seem to want to talk too, then put your hand up and wait your turn.

Two hands up = I have an important fact (let me me speak ASAP!) 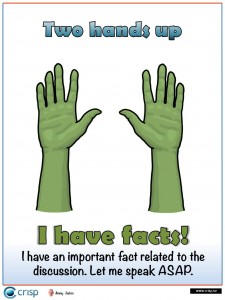 Sometimes you have a short concise piece of information that everyone should take into account before continuing the conversation (or making the decision). Yet you don’t want to interrupt the current speaker. In that case two hands up puts you first in the speaking queue. 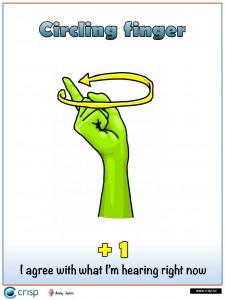 The circling finger is a silent way of saying “Amen bro!! I’m right wit’cha on dat!”

Feels pretty good to see a bunch of circling fingers as you present your opinion on something (as opposed to arms crossed and frowning…)!

Here are the main hand signals we use when making decisions in a big group (or testing for agreement on something).

Thumb up = Yes! I actively support this. 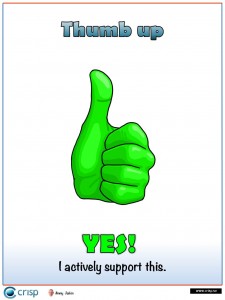 Thumb down = No! I block this. But I’m willing to discuss. 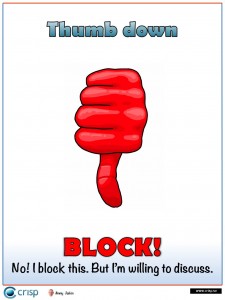 This means I understand the proposal, but I don’t support it. Obviously I need to be willing to explain why. Sometimes the No is pretty definite, other times a minor tweak can turn the No into a Yes. Either way, further discussion is needed before we can decide.

Fist forward = I stand aside. I don’t need to be involved. Do whatever you want. 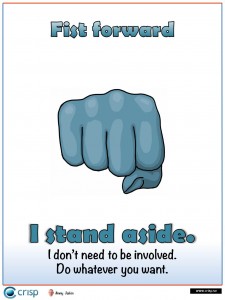 Not all decisions affect everyone, so the fist-forward signal essentially gives the rest of the group permission to decide without me.

How a big-group decision is made using hand signals

For big-group settings (like our unconference) a facilitator is usually needed to support the decision making process. The details will vary, but here’s a typical scenario for an important decision that will affect many people:

Big decisions sometimes require several iterations, but it’s usually worth it. Not only do we get a better decision, we get stronger buy-in.

See How we make decisions for more info on this.

The hand signals can be useful without actual hands too! For example we used a multi-voting technique to decide on our visions: 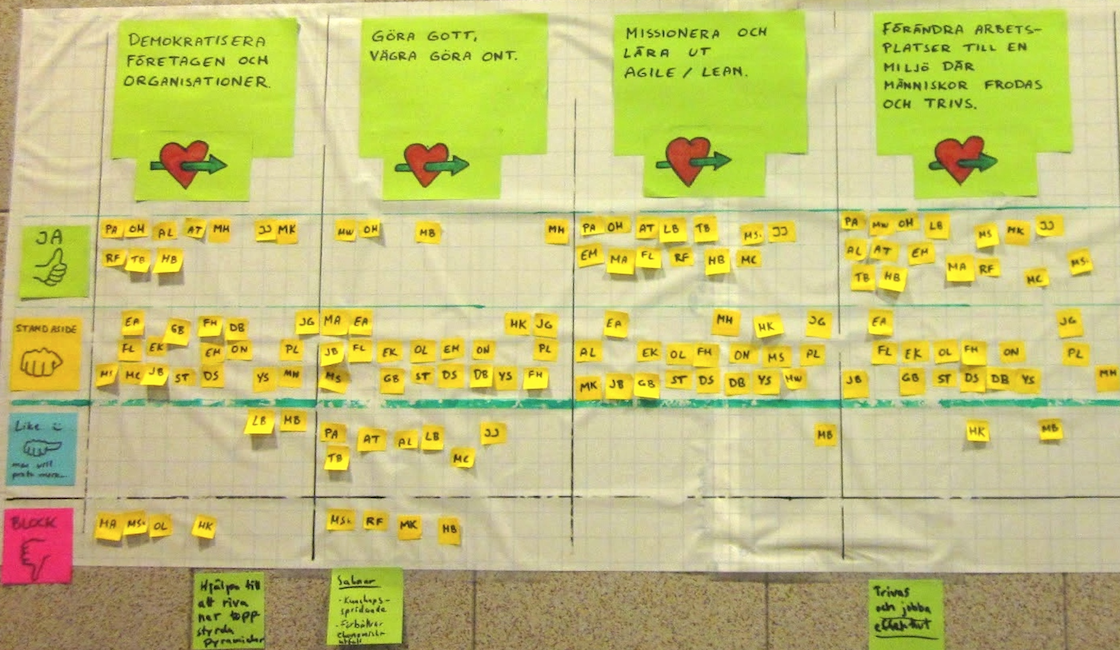 Each column was a proposed vision statement, with all names underneath on sticky-notes. People could move their names up and down into the different hand-signal boxes to show how they feel about each vision statement. 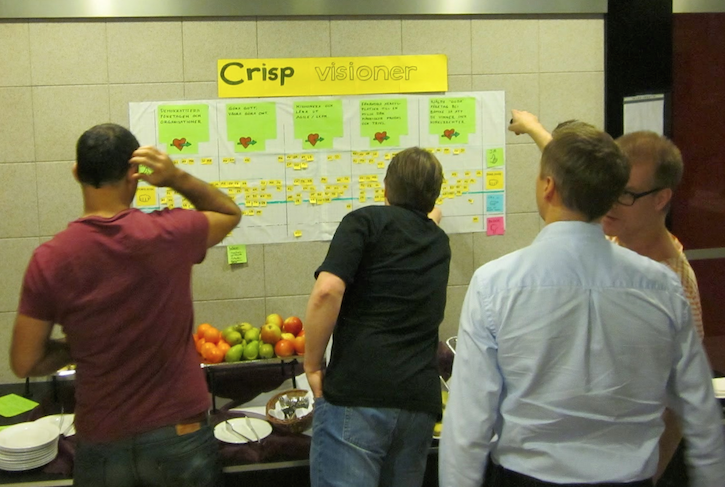 We used the input to continuously tweak the vision statements, and by the end of the conference we had two vision statements with 100% consensus (= all thumbs up or stand aside). That felt extra important in this case, because we’d rather have no vision at all than to have one with weak buy-in.

Remember - consensus doesn’t mean everyone agrees! It just means everyone who is affected understands and will support the decision.